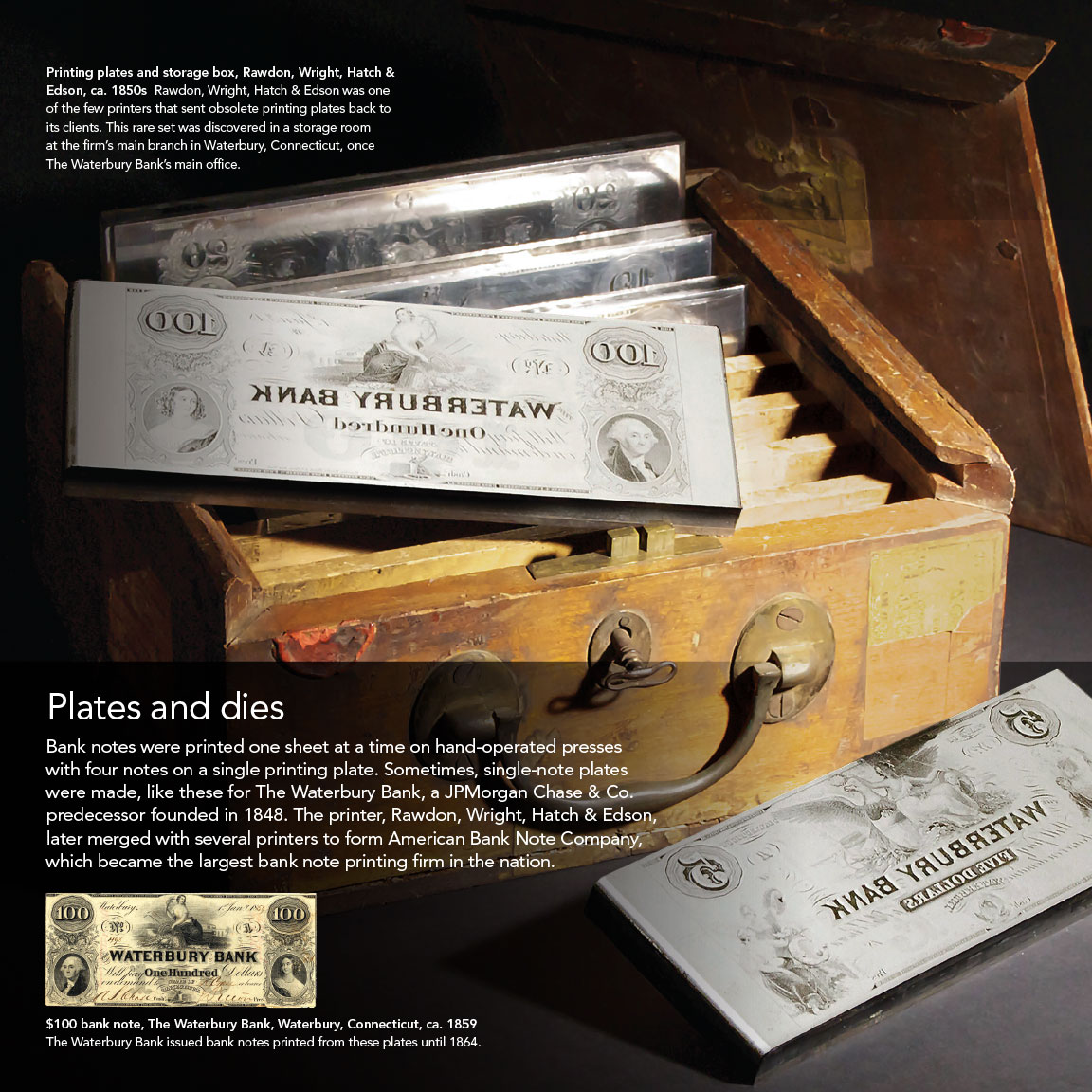 Using rare notes, coins and other objects from the JPMorgan Chase Currency Collection, Bernhardt Fudyma was asked to design an historical exhibit that traces the evolution of paper notes from Colonial America to the current day and the role that banks played in their circulation.

With the passage of the National Banking Act of 1864 which standardized the design of bank notes throughout the United States, notes of each denomination became identical, eliminating the confusion created by the plethora of state bank issues. However, National Banks were still permitted to print their name and charter number on their notes, as well as the signatures of the bank’s president and cashier. 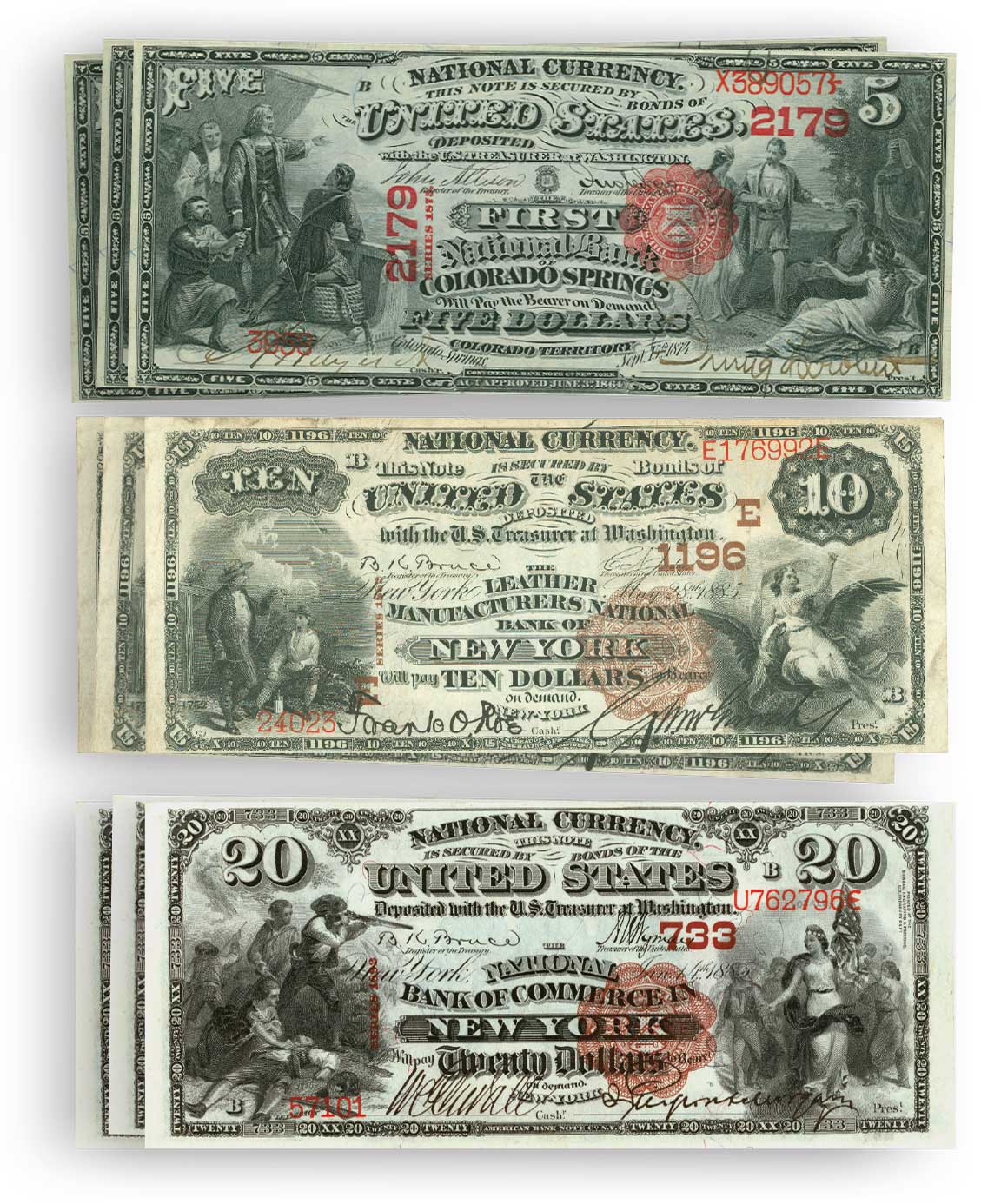 Early national bank notes included vignettes of allegorical figures and events that reinforced the shared history between the North and South and avoided the controversy over slavery. The notes above feature Christopher Columbus, Benjamin Franklin and patriots at the Battle at Lexington.

The $2 National Bank note from that time is nicknamed the ‘Lazy 2’ because of the placement of the large numeral ‘2’ resting on its side. The exhibit also included rare early paper currency designed by Benjamin Franklin and Paul Revere, the very first (Serial # 1) ‘Greenback’ printed during the Civil War and high denomination $10,000 bills as well as fractional 5, 10, 25 and 50 cent notes – known as ‘postage currency’ because of their small size and resemblance to stamps.