Thinking back on four decades 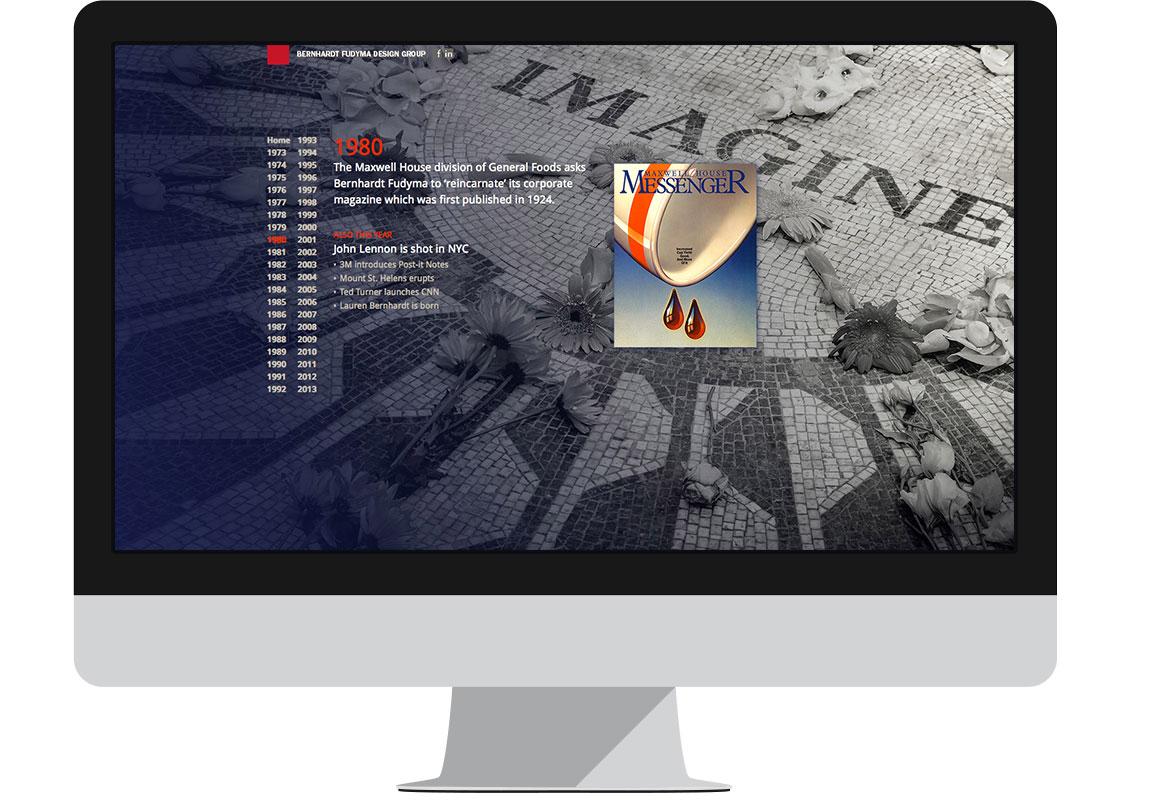 In 1973, a first class stamp cost 8 cents and gas was 39 cents a gallon. The Vietnam War was ending as Richard Nixon’s Watergate trouble was deepening. The Dow was at 850 and a new graphic design firm had just opened for business. Since then commercial supersonic flight, the World Trade Center, NASA’s space shuttle program and the TV show Cheers have all come and gone. As Bernhardt Fudyma completes its 4th decade in business, we’ve taken a look back at some of the events and developments that have shaped our world since the beginning of 1973 and juxtaposed them to a few of the design assignments that were also occupying our thoughts at the time.

Take a short journey through time →